Wife borrows against her investment property to lend to husband’s company with a formal loan agreement. Company directly pays the interest on the increased (split) portion of the loan. Should wife account for both the income (repayments) and interest in her tax return or is this some “domestic arrangement” with no tax implications for the wife, as suggested by a major tax return company? Does the answer change if a profit margin is paid on the interest?

Later, wife extends her own split of the Investment property loan and lends to a trustee company (of family trust) in which she is a share holder for land development purposes. Formal loan agreement provides for repayment of principal and 15% pa interest on sale of last lot created or some other agreed date in the future.

Question. Is the interest on either or both these loans tax deductible to the wife, even though she won’t see a profit on the second loan for a few years, and if she makes a profit is the income taxable? 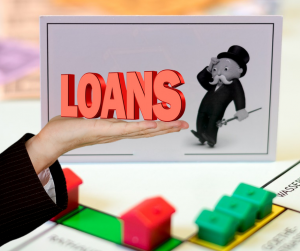 The truth is these sorts of loans rarely go in and out of the go between lender’s tax return though of course technically they should.  The most important thing is you have a loan agreement in place.   Even if you did, it is only the interest that would go in the tax return not the principal portion of the repayments, as they are just slowly paying the loan back.  It is simpler if the same amount of principal repayments go into the loan from the bank so that the interest calculated by the bank matches the interest payable by the company.  It is also important to be able to trace the funds through bank statements from the bank loan through to the company, making sure the nexus is there.

Now if a higher rate of interest is paid by the company than what the go between lender is paying to the bank then you will need to put these entries into the go between’s tax return as the difference is taxable income.

Now the basis of the bank interest being tax deductible to the go between is because it is a cost of earning the income from the company or trust in the latter case.  There must be an income stream for the deduction to be allowed.  Having said that the income does not have to be in the same year.  The terms of the agreement can vary as to when the interest is paid to the go between but as long as there is a nexus to current or future income.  The delay and uncertainty of payment is reflected in the premium interest rate charged.  Just don’t forget that the ATO can use Part IVA to say the gap between interest paid at the bank and interest paid by the trust is a scheme with a tax benefit.  But that is only likely to be the case if the trust had personal services income (PSI) ie the arrangement was just a method to divert profits to the go between from the trust that would otherwise be attributed to the person who provided the service.  The profits are from sale of land is not PSI.  Further if the trust wanted to distribute profits to the go between then assuming it is a discretionary trust it could anyway so there is nothing contrived here.

I trust this is just a preliminary to a much more detailed discussion with a reputable property accountant about the whole project.