Is FIFO from NZ?

My wife and I are both Australian citizens (Aussie born) – we moved to NZ last year where we rented a house, put our 2 Aussie kids into a NZ school etc.

I FIFO back to Australia for work (spending more than 6 months a year in Aus, 4 weeks on / off) – all our income comes from my job in Australia.

I am both an employee and a director of my company – as such i take a regular wage and distributions which are paid into my family trust (trustees = myself, my wife and a bucket company).

When in Australia during my current FIFO work – i live in a company provided permanent accommodation (free standing house that i always use), i keep a bit of personal ‘stuff’ at this house as i always return to it for work.

From reading ATO and NZ IRD info – it seems pretty clear that where i reside is where I’m a tax resident = which to me is NZ. My accountant is of the opinion that i can stay an Australian tax resident due to my FIFO work – he claims there is a precedent to support this. 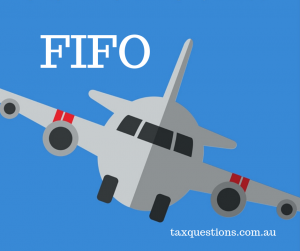 I trust you are aware that Australia will always have the right to first tax the income you earn in Australia and if you are a non resident for tax purposes that means no tax free threshold, a lot more tax taken out of your pay. Then as a resident of NZ you will be required to lodge a tax return there and declare the income you earned in Australia. NZ will give you a tax credit for the tax paid in Australia but will not refund any unused tax credits. Considering the high tax rate in Australia because you are a non resident it is very likely you are going to have wasted tax credits and lose at a very minimum a third of you income in tax from the first dollar.

So the idea is to try and be a resident of Australia for tax purposes. You can help yourself it this way by things like using the address of the company home for you and your family and having Australian bank accounts. First test is where your family is. If it is a problem to have your family attached to Australia then you would be looking to argue that you are estranged from them.

It is important when you pass through customs that when entering Australia you declare you are returning home and when entering NZ you declare that you are just visiting. The ATO like to rely on the documents you fill out, when entering a country, to trap you. Though they are always looking to say you are a resident so it is more NZ that you have to worry about. Sorry I am no help there other than the tie breaker in our double tax agreement.

2. Where by reason of the provisions of paragraph 1 an individual is a resident of both Contracting States, then their status shall be determined as follows:

c) if the individual has an habitual abode in both States or in neither of them, the individual shall be deemed to be a resident only of the State of which that individual is a national.

This is where you have one major advantage over other NZers coming here to work, the fact that you were born here. But you have to get through points a) and b) before c) applies

IT 2650 is the ATO ruling on this topic but note it was written before Hardings where the ATO lost on an argument that a new home was not established because the taxpayer lived in serviced apartments:

Relevant points from that ruling:

23. It is clear from Applegate and Jenkins that a person’s permanent place of abode cannot be ascertained by the application of any hard and fast rules. It is a question of fact to be determined in the light of all the circumstances of each case. Some of the factors which have been considered relevant by the Courts and Boards of Review/Administrative Appeals Tribunal and which are used by this Office in reaching a state of satisfaction as to a taxpayer’s permanent place of abode include :

(a) the intended and actual length of the taxpayer’s stay in the overseas country;

(b) whether the taxpayer intended to stay in the overseas country only temporarily and then to move on to another country or to return to Australia at some definite point in time;

(c) whether the taxpayer has established a home (in the sense of dwelling place; a house or other shelter that is the fixed residence of a person, a family, or a household), outside Australia;

(d) whether any residence or place of abode exists in Australia or has been abandoned because of the overseas absence;

(e) the duration and continuity of the taxpayer’s presence in the overseas country; and

(f) the durability of association that the person has with a particular place in Australia, i.e. maintaining bank accounts in Australia, informing government departments such as the Department of Social Security that he or she is leaving permanently and that family allowance payments should be stopped, place of education of the taxpayer’s children, family ties and so on.

c) is very relevant to you, more detail on this is provided in paragraph 28

28. The fact that an individual has established his or her home (in the sense of a dwelling place; a house or other shelter that is the fixed residence of a person, family or household) in an overseas country would tend to show that the place of abode in the overseas country is permanent. Acquisition of a home in the overseas country would be a very relevant though not conclusive factor. On the other hand, individuals or a family group who “make do” in temporary accommodation with limited resources and facilities such as in barracks, singles’ quarters, aboard ships, oil rigs, or mining towns, will be less likely to be considered to have established a permanent place of abode overseas.

Most of the other points favour you being an Australian resident.

You could get a) and b) to support you being an Australian resident by making your stay in NZ less than 2 years. At least you are only renting in NZ. Do you own a home in Australia? That will help your argument that you have not broken ties with Australia.

Note if you are actually a member of a government superannuation fund you would still be considered a resident of Australia for tax purposes. I am assuming that is not the case.

In short the idea is to still be an Australian resident for tax purposes and there are a few things you can do, discussed above, to help with this while not disrupting your children’s school year. I gather trips back to Australia are necessary anyway to maintain family ties. The address you use and customs forms can also help.